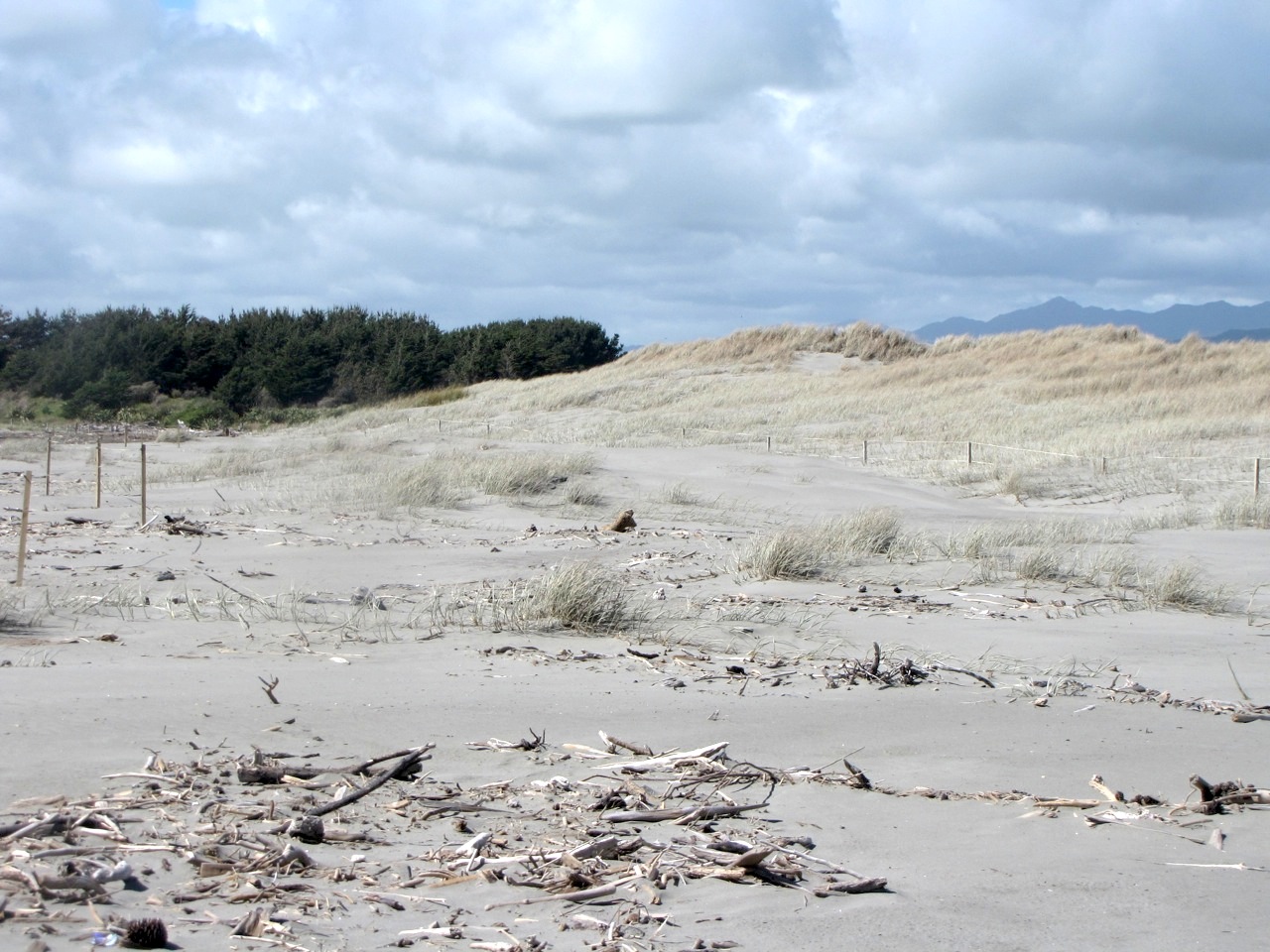 Based on an article by Shane Orchard, University of Canterbury.

This project began in 1999 as a community response to the level of pollution in the Waitohu Stream. It is led by a volunteer group who devote considerable effort to ensuring that members feel valued and can contribute to the project according to their abilities. The formula has been very successful and has resulted in 15 years of work to restore an area of Kapiti Coast District Council reserve land on the west and south banks of Waitohu Stream close to the beach. The project receives very good support from the Greater  Wellington Regional Council Biodiversity Unit and Kapiti Coast District Council that between them provide funding, technical information and a support worker.

The Waitohu Stream and Dune Care Group is an incorporated society and its objectives are to:

•     Protect and enhance the natural values of the Waitohu Stream estuary and associated dune system so that in time there will be an intact native coastal vegetation sequence and habitat link for indigenous wildlife.

•     Provide opportunities for the local community to understand and appreciate the diversity and importance of this part of the local ecosystem and contribute to its maintenance.

Progress towards restoration objectives has been considerable and is ongoing. The group’s current goal is to maintain the previous plantings and to grow new plants from seed of species endemic to the area. The group is involved with several community and national initiatives including working with local schools and kura, supporting internships and work placements, providing inputs to other council programmes that involve the site, and conducting backdune trial plantings for the Dune Restoration Trust. 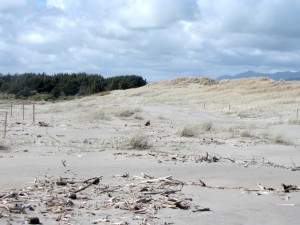 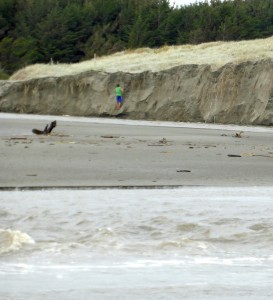 Dunes at the Waitohu Stream mouth in 2014 following a high-tide storm surge event and movement of the stream mouth. Photo: Sue McIntosh.

Changes associated with the project

An early initiative of the project was to establish a nursery for coastal plants. Initially, many plants were donated to the nursery, but in recent times the operation has moved to collecting and growing from seed with a focus on the local indigenous species. The nursery also serves as a base for the wider project.

Historically, there was an intact spinifex foredune along this section of coastline which has been invaded by marram grass to varying degrees. Foredune restoration activities have progressively replaced marram with native sandbinders. The project area also includes a considerable backdune system dominated by marram and lupin that is also being restored with native species.

Dune and streamside sites for new plantings are carefully chosen to optimise the chances of survival. Over the life of the project, however, the Waitohu Stream has frequently affected dune plantings as its estuary meanders across the beach. Although long-term efforts to repair blowouts and extend the dune have been reasonably successful, at times the stream cuts into the restored dune system and there is a loss of plants and sand.

Outreach activities have had considerable influence within the local community. A particular focus has been to introduce youth to the restoration project and emphasise the ecological values and protective roles of coastal ecosystems. One initiative has been to fence off a large marram dune for kids to play on, as a separate feature of the beach where disturbance is encouraged in contrast to the more sensitive restoration areas.

Until recently the group has been mainly concerned about erosion processes related to the behaviour of the stream. Over the last few years, however, there has been an increasing awareness of storm surges and king tides as a cause of erosion of the foredune. To address this the group has made a conscious decision to retreat. This strategy is being implemented in both planning for new restoration areas, and maintenance of existing areas. At this stage, the spinifex and pingao on the foredune are regrowing as the sand is replenished, but the group won’t be doing any more planting in that area. It is hoped that the earlier plantings may have built insurance for the future and in the coming years this will be put to the test. The ability of these foredune species to naturally adapt to any change in sea level or storm-surge conditions will be monitored going forward, whilst new restoration work will focus increasingly on the backdune system.