A little too much salt?

You know how they say too much is salt is bad for you, well it is not that great for your car or our sports fields either! 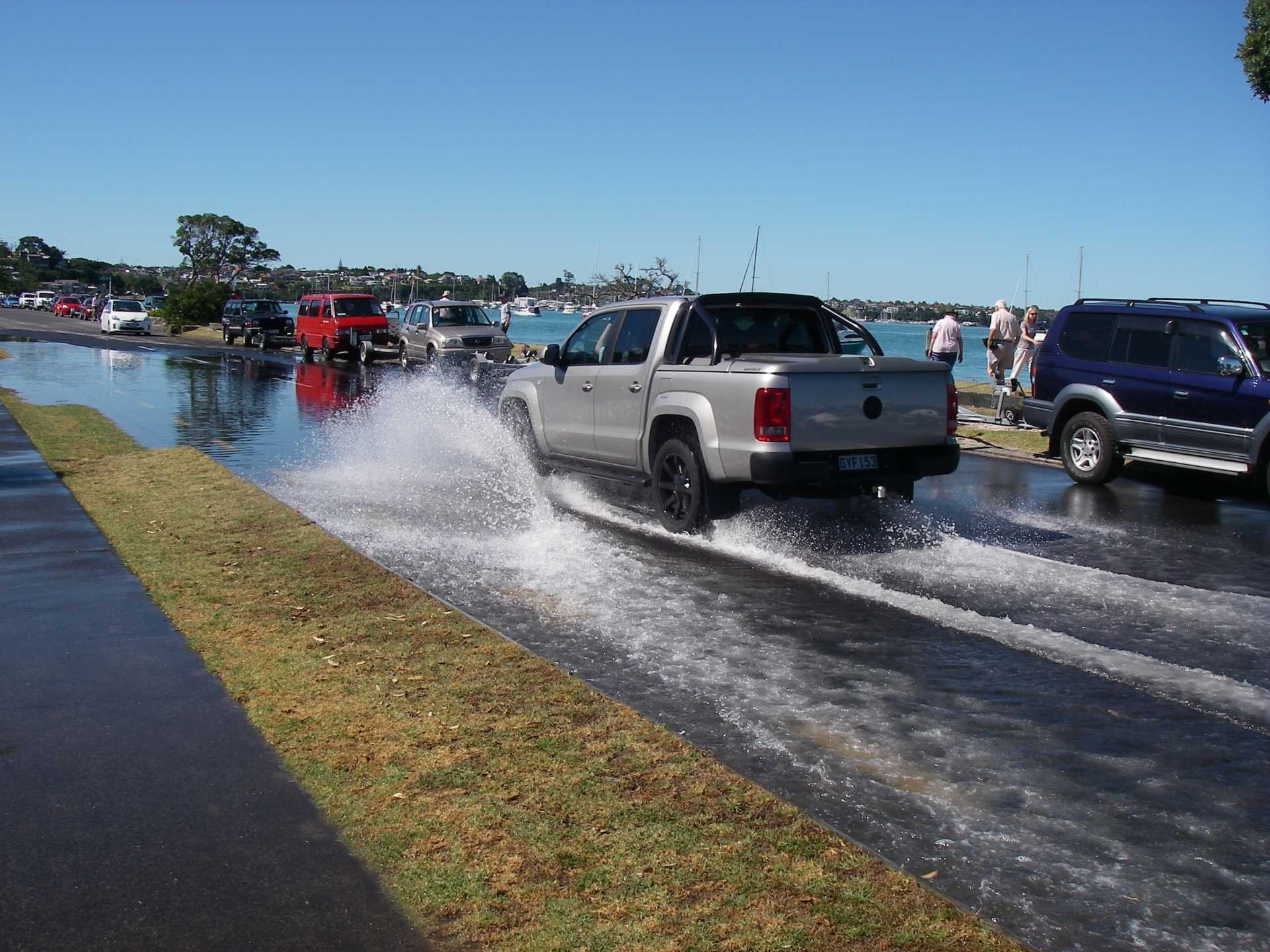 Cars driving through salt water during the King Tide at Bucklands Beach on 2 February 2014.

Motorists in many waterfront areas around Auckland experienced some urban off-roading conditions when salt-water flooded roads during the King Tides. It made for some great shots and a keen few even took the opportunity to use the roads like the canals of Venice – paddle boarding and kayaking on the flooded tarseal.

So while there was plenty of fun and tomfoolery to be had with the unusual driving conditions: what are the effects of all that salt-water on your car and other land-based stuff?

The chloride in seawater is highly reactive and interacts with oxygen and other environmental factors causing the corrosion of metals and alloys e.g. parts of your car. So make sure you give your car a hose off if you were driving through salty puddles during the last King Tide.
Seawater can also corrode concrete, bricks and plaster causing weakness and instability, which can lead to serious structural problems. Salt also eats into wood and encourages the growth of mould. 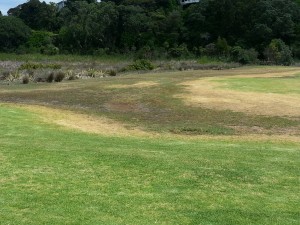 An example of the effect of sea water on turf areas

When seawater inundates land – which happened around many reserves, parks and properties during the weekend’s King Tides – it can cause damage to plants and contaminate soil. Salt can dehydrate plants by sucking out water from the plants cells, causing them to wilt and die. Too much salt (sodium and chloride) can be toxic to plants – interfering with plant growth and a variety of other processes.

Salt from seawater intrusion can also affect the structure and pH of soil and once soil becomes contaminated with salt-water it can become non-arable (won’t allow the growth of plants and crops). Salinisation (build up of salt) of soil can be extremely difficult and costly to remediate and contaminated land can take years to recover.

As sea levels continue to rise, seawater inundation – like we saw with the recent King Tides ¬– will become more frequent and severe. So we need to plan for it now in order to protect our soil, houses, buildings, roads and other stuff.

So here is a massive thanks to everyone who shared their King Tide pictures with us! And more are steadily flowing in, keep ‘em coming! Make sure you check them out on instagram, facebook and our website