What are King Tides?

The term “King Tide” is a common term for the highest tides that occur over the course of the year. These especially high tides eventuate when a new or full moon occurs at the same time as the moon is at its closest to the earth (in its perigee). 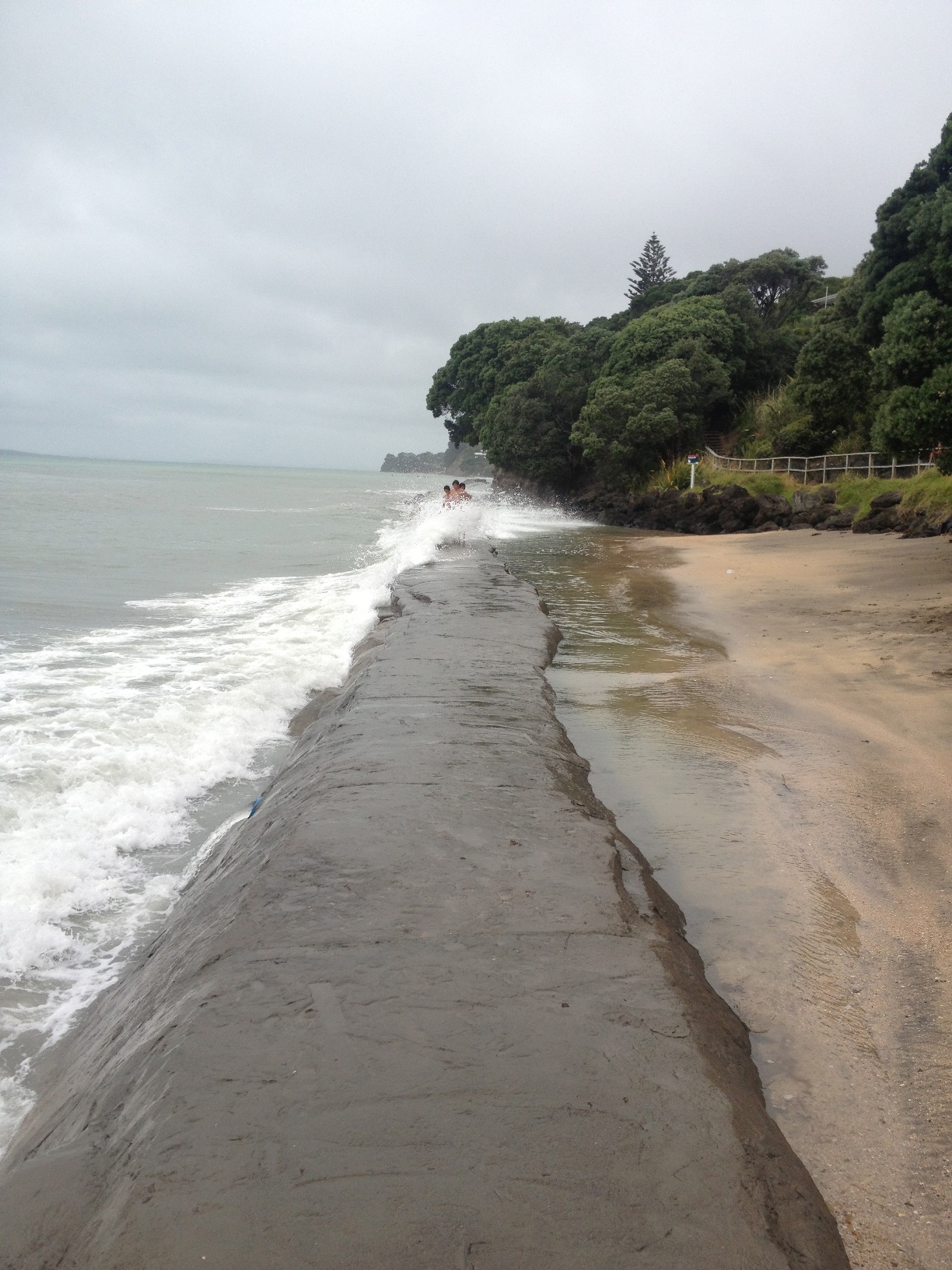 For those of you with an innergeek, the King Tides Auckland Initiative uses the scientific parameters outlined below to determine when a high tide is classified as a king tide:

King Tide days are therefore days where very high tides exceed the M2 + S2 + N2 level. These days have been calculated for us by NIWA.

Auckland’s coasts are influenced and affected differently by the tidal cycles. On Auckland’s East coast, the higher tides are more influenced by monthly perigean tides when the moon is closest to the earth (N2), so higher tides combining with spring tides (King Tides) linger for longer.

On Auckland’s West coast, tides are more influenced by the fortnightly spring-neap cycle, so the spring tide period is fairly short, which why there are markedly fewer King Tide occurrences on the west coast compared to the east coast.

For more information on tides and how tidal cycles work in New Zealand, take a look at the following website: http://www.linz.govt.nz/hydro/tidal-info/tidal-intro.

If you are outside of the Auckland region NIWA provide a list of “Red Alert” dates that cover King Tide events outside of Auckland.

NIWA also provide a very useful tidal forecaster tool that lets you know the times for high and low tides and their heights for a number of different locations around the Auckland region.