Move it or lose it: How will NZ’s coastal wildlife be affected by sea level rise?

New Zealand’s coastline is home to a treasure trove of native species. Our flora and fauna may not be the biggest or toughest and many aren’t particularly coordinated, but they certainly make up for it in other ways. 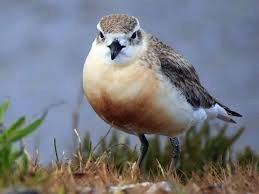 Unfortunately, coastal species are among the most vulnerable to the effects of sea level rise. The oceans are expected to rise a metre or more by the 22nd century and will continue to do so for several hundred years thereafter. Along with a heightened risk of flooding and storm surge, higher seas will also cause coastal inundation – resulting in changes to land and increasing the salinity of water and soils. The rate and incidence of coastal erosion will also increase, altering sedimentation patterns and shorelines.

These physical impacts have the ability to alter or destroy habitats, along with feeding, breeding, and nesting sites – affecting the wildlife that live in wetlands, dunes, and intertidal zones.

What will happen to our unique coastal species when their habitats are lost to sea level rise? They can’t just pack up their suitcase and move to a new home like people can – plants and animals are far more discerning about their abode. Here, we look at the ways in which sea level rise may affect coastal habitats and wildlife in New Zealand.

Coastal inundation is the flooding of land by seawater. Sea level rise will cause the low and high tide lines to move further inland, leading to previously dry land becoming either permanently or periodically inundated with seawater; and intertidal zones – which rely on tidal periods of dry and wet ­– may become permanently submerged.

Inundation may cause wetlands to migrate further inland or if there is no room for this to happen – due to the topography of an area or manmade structures ­– these important habitats will be lost altogether. 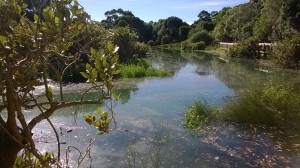 Sea level rise could permanently submerge wetlands, like this estuary at Cox’s bay during the February King Tide.

Just a small change in sea level can result in considerable changes in wetlands. Excessive seawater can alter the soil saturation balance, sedimentation and salinity levels – affecting the plants and animals that live there. Flora and fauna with a low salt tolerance will be stunted or killed off and species that prefer saltier, muddier, wetter conditions will take their place, which may have dramatic effects on ecosystem dynamics.

Sea level rise will also result in erosion of coastal areas. Erosion is the wearing away of rocks and land by wave action. It is likely that sea level rise will increase the rate of erosion in areas that are already prone to it and previously unaffected regions may begin to experience the loss of sand and rocks.

Erosion can result in the loss of cliffs, rock faces, and beach volume; and can also alter the shape of the coastline and cause the shoreline to retreat inland.  This loss of land to the sea also means the loss of many shoreline habitats and the migration of species – which are able ­– further inland.

King Tides show us what daily high tides could look like in the future. This image shows Snells Beach completely submerged by the King Tide, 02 February 2014.    Image: John Rutherford

Higher sea levels increase the risk of coastal flooding events during especially high tides ­– such as King Tides ­– and storm surges. The impacts of flooding can be devastating to wildlife, wiping out individuals, plant life, habitats, and nesting areas. The impacts of flooding can also linger long after the event. Saltwater can contaminate soil, stunting plant growth and natural defenses may be comprised resulting in more frequent inundation of some areas.

Wetlands occur in areas where drainage is poor and water accumulates. Coastal wetlands are transitional zones between land and seas. Estuaries are a type of wetland, where fresh and salt water merge – often near river mouths – forming large mud flats that are washed with the tides.

Many species of bird, fish, and invertebrates rely on estuaries and other wetlands for survival. Mangroves and seagrasses provide habitats for filter feeders; mudflats are home to snails, crabs and marine worms, which are important food sources for oystercatchers, herons, and terns. Migratory birds – like godwits and plovers ­–also forage for food in estuaries each spring.

Fish, such as flounder, kahawai, and mullet visit estuaries each day and migratory fish like native galaxiids – many of which are whitebait species ­– and eel use wetlands as gateways to and from the sea. These ecosystems are also used as breeding grounds by pukeko, teal, paradise ducks and other waterfowl.

Dunes are piles of wind blown sand that have accumulated at the back of beaches in exposed areas. Although sparsely populated in comparison with other coastal zones, sand dunes are an important habitat for insects and skinks that take refuge amongst the native pingao and spinifex plants. Dunes are also important sites for ground-nesting birds, like dotterel and oystercatchers, who scrape out a hollow in the sand to lay their eggs.

Situated between the shoreline and open ocean, the intertidal zones, which are exposed at low tide and under water at high tide, are rich ecosystems filled with a variety of creatures large and small.

Rock dwelling marine snails, shellfish ­– like paua and mussels ­– anemones and many other 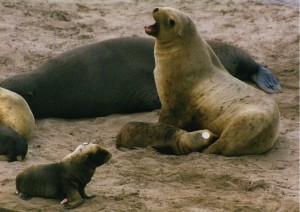 marine invertebrates inhabit the intertidal zones. Seaweed and rock pools provide habitats and feeding grounds for sea stars, crabs, and small fish. Larger animals, such as shore birds ­– like dotterels, oystercatchers and gulls – forage for food in the intertidal zones and the endangered New Zealand sea lion uses the splash zone – where waves come crashing down onto rocks – for haul-out, sunbathing, and breeding.

Because evolution probably won’t happen as fast as sea levels will rise, adapting to the new conditions through evolutionary mechanisms is not an option for most species. Instead, they will have to move it or lose it. The multitude of unique species that will be affected by rising seas provides even more reasons to plan and prepare for future sea level rise now.